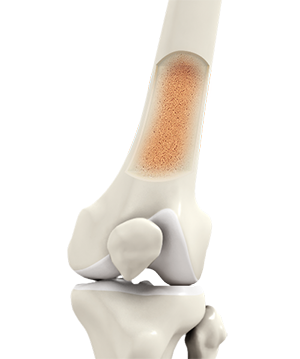 Osteoporosis means “porous bone”. This is a silent disease since there may be no symptoms until a fracture occurs. In this disease bones are weakened by the loss of minerals, especially calcium. This disease is usually is associated with aging and according to the National Osteoporosis Foundation (NOF) approximately half of all women in the USA and one in eight men will have an osteoporosis- related fracture at some point in their lives.

This is a crippling disease which is growing in numbers each year among older Americans, especially women and according to some estimates the cost for treating osteoporosis and osteoporosis related problems to be somewhere in the neighbourhood of 15-20 billion dollars per year.

With proper prevention there are hopes that significant number of osteoporosis related fractures and its complications can be avoided.

Treatment must begin before symptoms appear and is aimed at slowing down bone loss, starting at menopause.

There are some risk factors that no one has control over and include:

Factors that we can control:

Utilizing DEXA tests which is a safe, painless and non-invasive test.

This test is used to diagnose and detect low bone density (mass), risk of a fracture and to monitor therapy.

The result is interpreted by your T-score:

You are considered osteoporotic if your bone mass is at least 20% below normal.

Recommended calcium intake (mg/day) varies in different age group, for example from 19-50 years of age 1000 mg and from 50 and above 1200 mg is necessary. 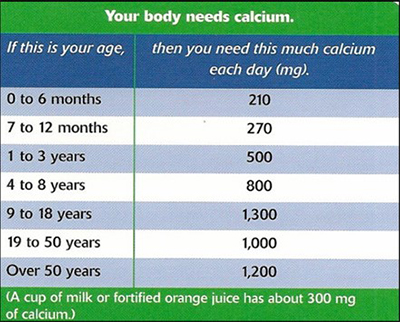 Commonly use drugs for treatment of osteoporosis:

The Knee ManM. Mike
Malek, M.D.Diplomate of the American Board of Orthopaedic Surgeons
About the Knee Man
Patient Resources